By Alyssa Melanie on December 20, 2014 Deals
This post may contain affiliate links for which I may receive some commission. This does not change the price of the product. 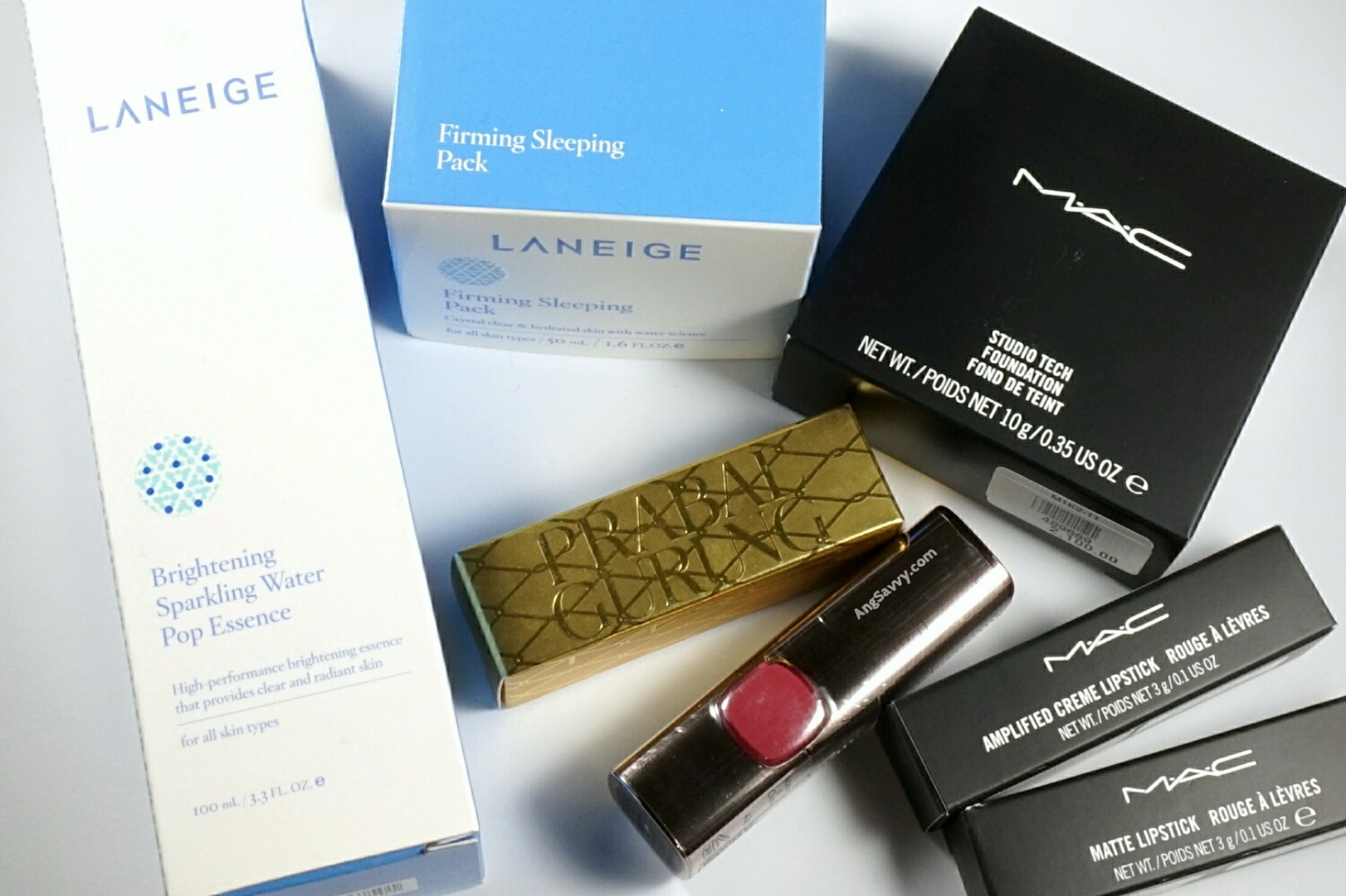 Today is the last ShopaHAULic Saturday before Christmas this year. The traffic in and around the Metro is so bad that you would really panic if you’re not done with your Christmas shopping yet. I went to Mall of Asia earlier this week and experienced the really bad traffic that is even worse than last Christmas. My makeup haul for this week is from MAC, L’Oreal and Laneige. 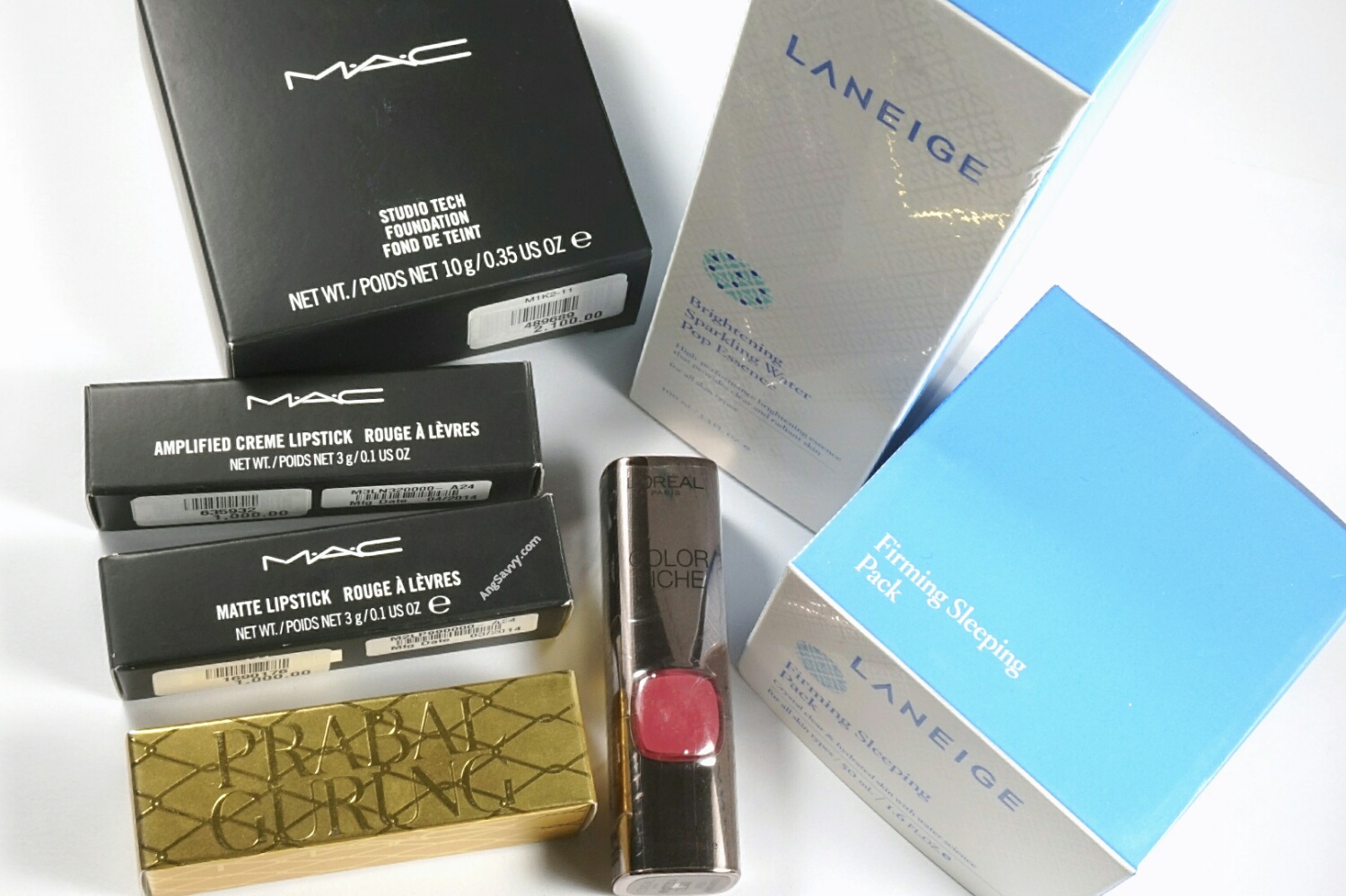 It had been years since I’ve bought and used a foundation from MAC. I have sensitive skin and all the MAC foundations I’ve tried before have caused my skin to breakout. My favorite makeup artist in MAC Mall of Asia had suggested that I try their Studio Tech Foundation. She said that it gives a smooth finish and that it hadn’t caused her breakouts at all. So I decided to give MAC Studio Tech Foundation a try. She matched me with the shade NC20 because NW15 turned out a bit dark on me, especially because I have a yellow undertone. It costs Php2,100 from MAC in Mall of Asia. 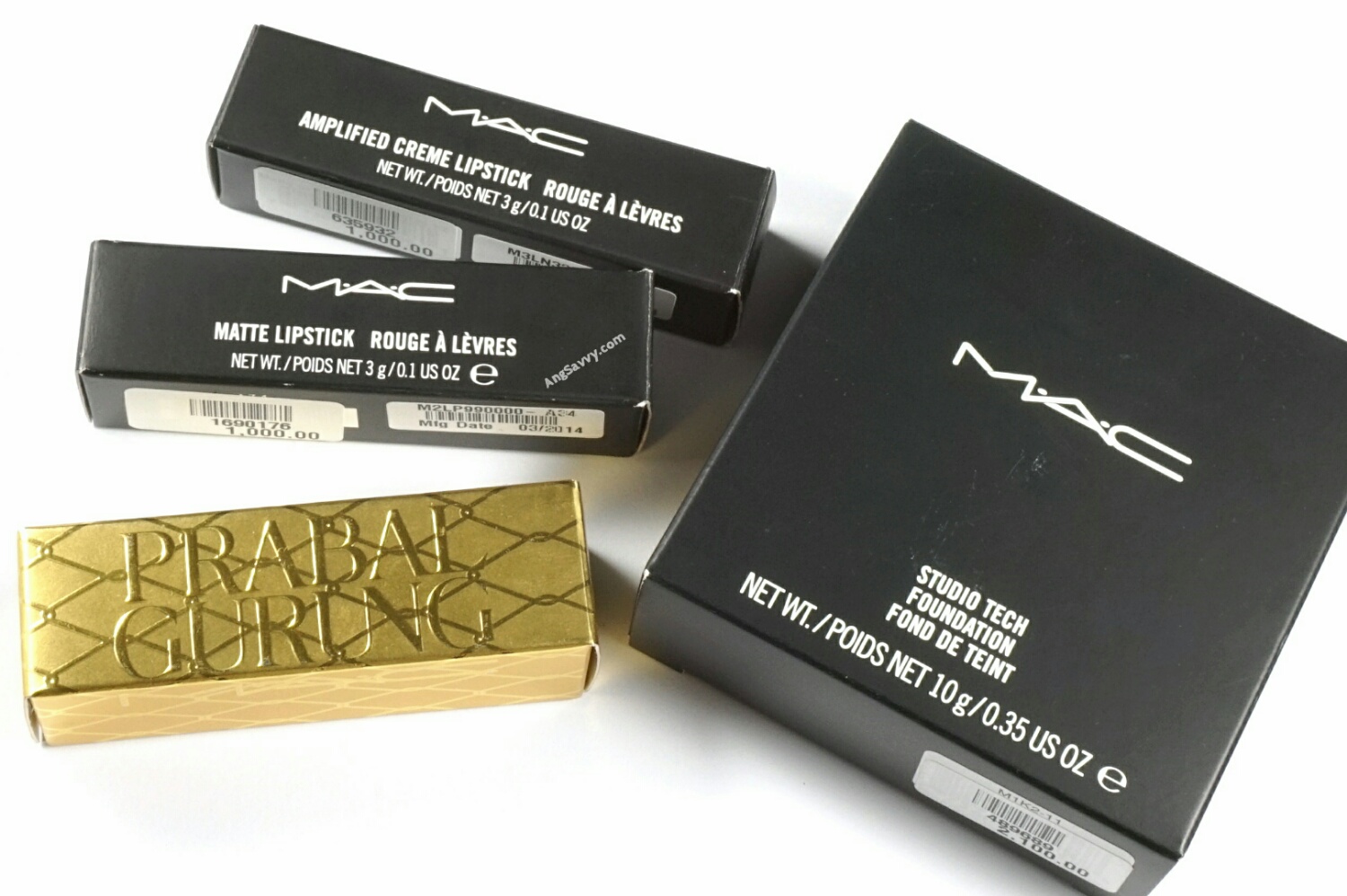 I had originally wanted to buy Coral Lumineux, the coral cream blush, from the MAC Prabal Gurung Collection. But the price was so steep at more than Php4,000, so I decided not to get it anymore. Especially since I already have Chanel Presage cream blush which looks similar and costs much less.

This left me with just the eyeshadow duos and the lipsticks to decide on. But I thought that the eyeshadow duos were not worth buying especially since they costs a lot too. So I decided to buy just a lipstick from the collection. Carmine Rouge was my first choice, but after seeing Ultramarine Pink in person, I chose it instead. MAC Ultramarine Pink lipstick costs Php2,000 which is twice the price of a regular MAC lipstick.

I also bought 2 lipsticks from MAC’s permanent line, Chatterbox and Pink Pigeon. Both are pink lipsticks that I had wanted to buy a long time ago, especially Chatterbox, but just hadn’t gotten the chance to purchase them yet.

I bought MAC Chatterbox and Pink Pigeon from MAC in Mall of Asia for Php1,000 each. 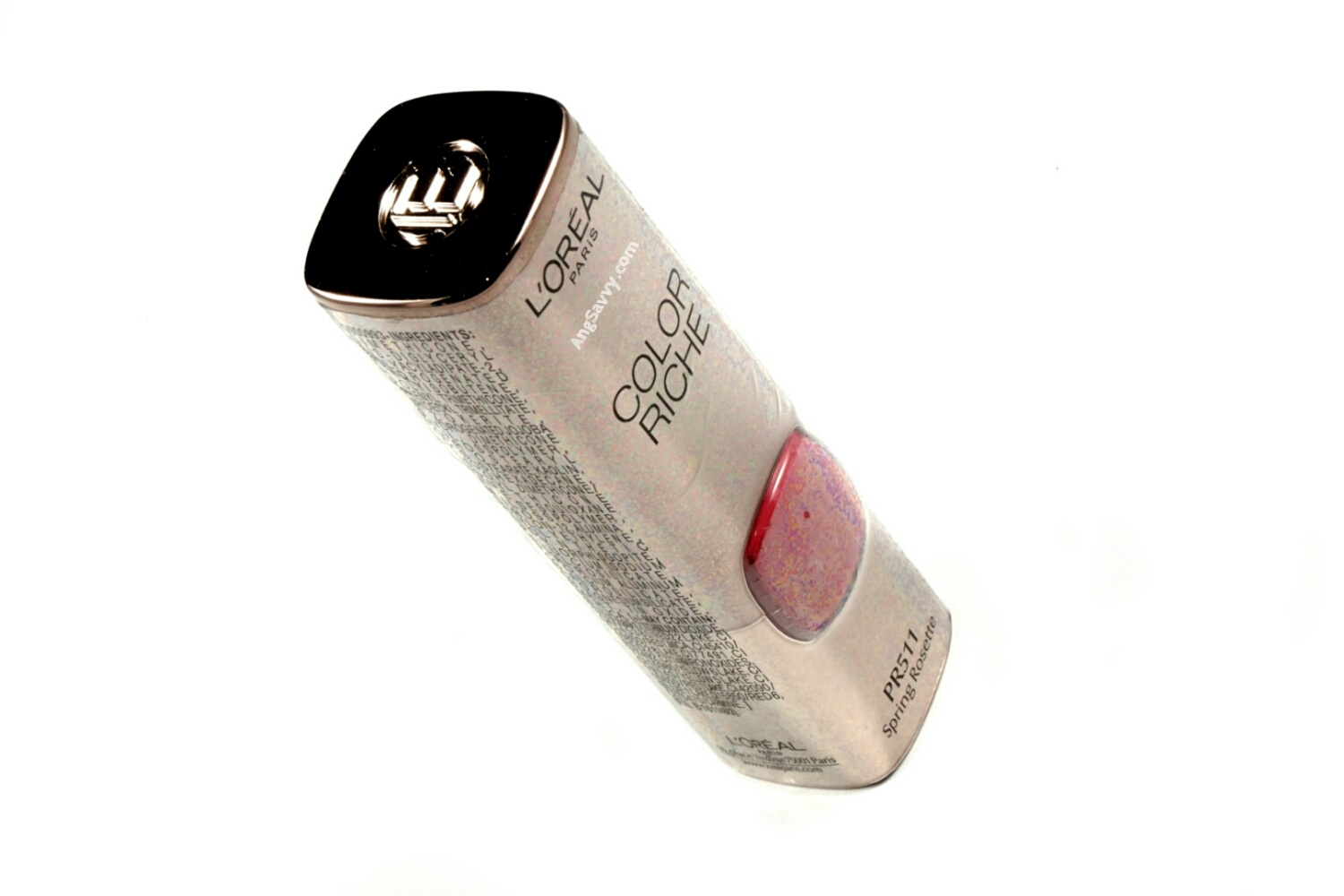 This is just an impulsive buy and I don’t have anything to say about L’Oreal Spring Rosette Color Riche lipstick yet. Lol! Hoping to review it soon, though. It was on sale so I was able to buy it for around Php400 only from Robinsons Manila. 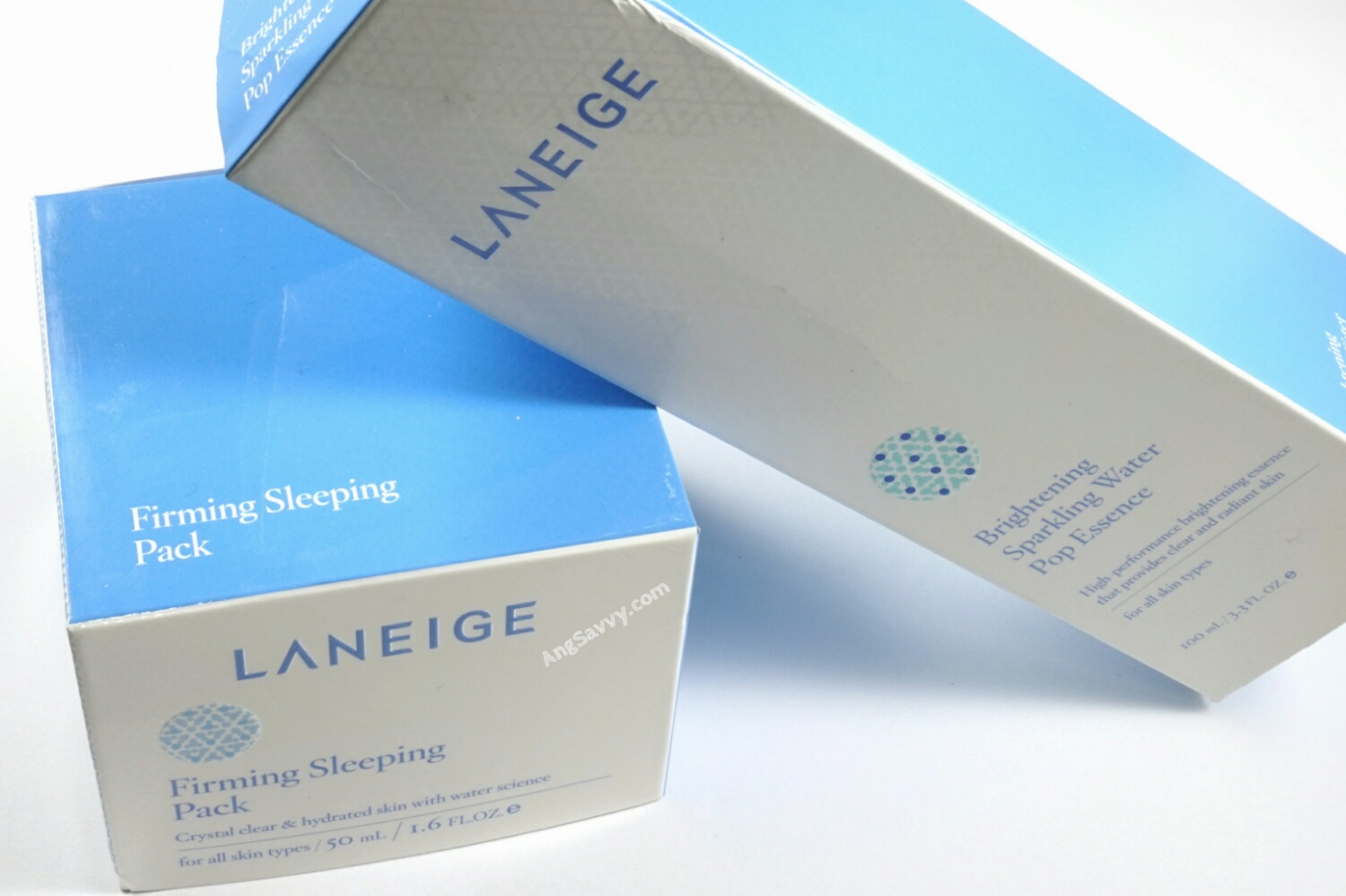 Another product that I want to try is the Laneige Brightening Sparkling Water Pop Essence. It is newly released in Manila and it seems promising. So, although I haven’t tried a sample of it yet, I bought it hoping that it would be good for my skin. It sells for Php1,850 and I also bought it from the Laneige Kiosk in Robinsons Manila.

Do you love shopping for makeup like I do? What is your latest makeup haul?