By Alyssa Melanie on April 10, 2015 Makeup
This post may contain affiliate links for which I may receive some commission. This does not change the price of the product. 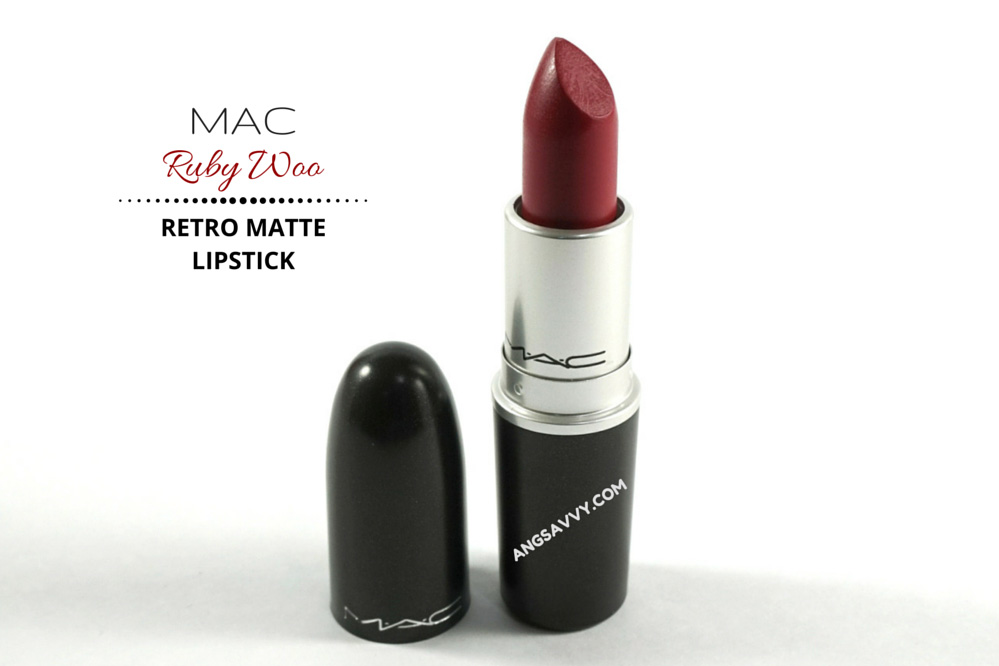 Every guy would want to woo you once they see MAC Ruby Woo lipstick on your lips. It is one of MAC’s Retro Matte lipsticks, and a bestseller at that. It is as famous as MAC Russian Red, and you see both lipsticks being worn by many celebrities like Gwen Stefani and Rihanna.

In 2013, MAC even collaborated with Rihanna to create her own version of Ruby Woo, which they named as Riri Woo. I hadn’t bought it because that time it didn’t appeal to me yet. Since it was Limited Edition, I couldn’t get my hands on it anymore. But I heard that it was a less drying version.

How drying really is this lipstick? Will it be drying on my lips as well? Those were the questions in my mind when I decided to finally get it. I was so excited about its classic red shade but was a little bit anxious about its formula. Retro Matte… hmmm, scary! But really beautiful on the lips. 😉

Colour plus texture for the lips. Stands out on the runway. Simmers on the street! What made M•A•C famous. 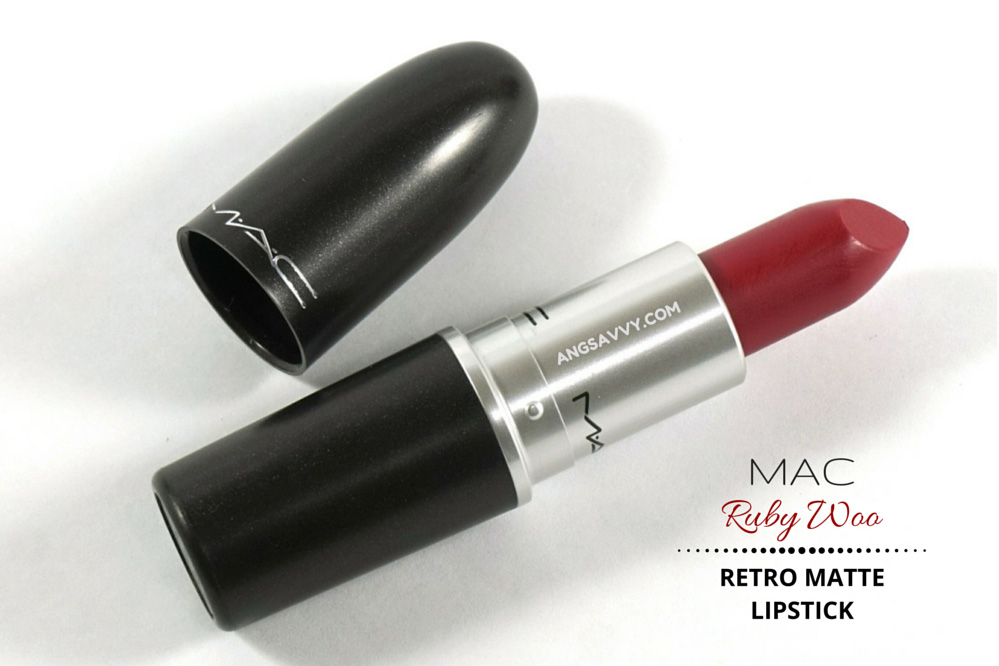 MAC Retro Matte lipstick in Ruby Woo is classified as a very matte, vivid blue-red. When looking at the bullet, it really appears to be super matte. I had been really happy that Russian Red has a creamy matte formula instead of just a flat-out matte. So this one, being a Retro Matte, made me prep my lips really well before even trying it on for the first time.

But more on that later on. First, I want to talk about the shade. It is described as a blue-red, but it doesn’t appear to be overly cool-toned. It’s not too warm-toned either, which makes it very wearable by almost every skin tone and undertone. Another thing I love about its color is that it has a bit of brightness to it which makes it fun to wear. 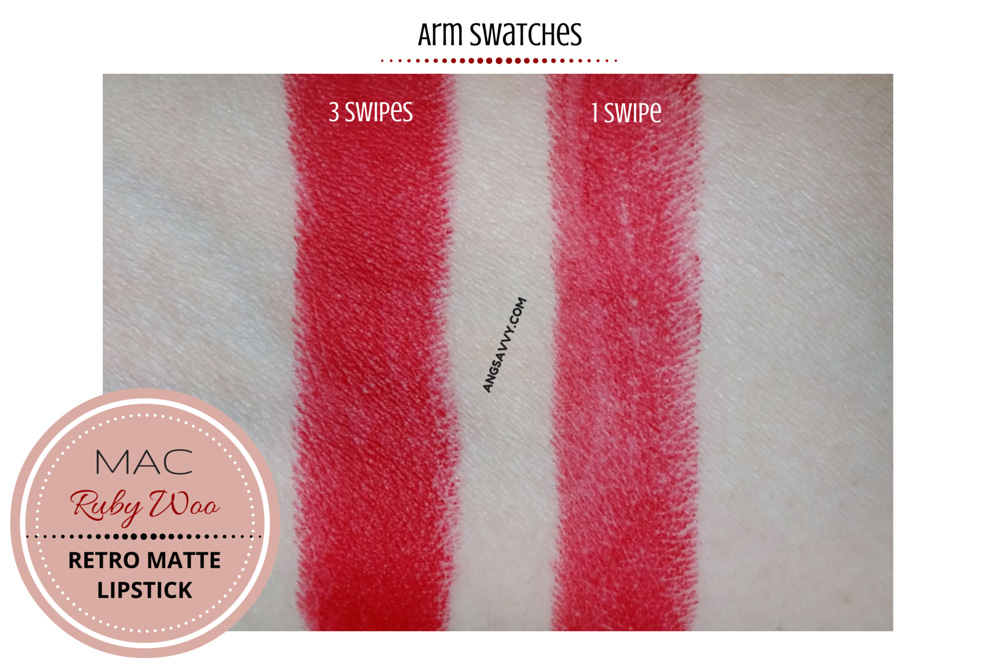 MAC Ruby Woo (Retro Matte) lipstick is medium dark in the bullet, but once it’s swatched, it isn’t too dark and is even bright. It is richly pigmented, but as you can see in the arm swatches above, 1 swipe is only semi-opaque. But that’s because of its very matte formula which makes it a bit hard to swipe on. But once applied on the lips, even just 1 layer is already opaque.

Ruby Woo lipstick, having a very matte texture, doesn’t glide smoothly across the lips. It tends to tug a bit, but not as bad as Inglot 408 Matte lipstick. What I do to remedy this is I dab it on first, until every bit of my lips is covered with color. Then, once I glide the lipstick on, it goes on more smoothly. Hurrah! 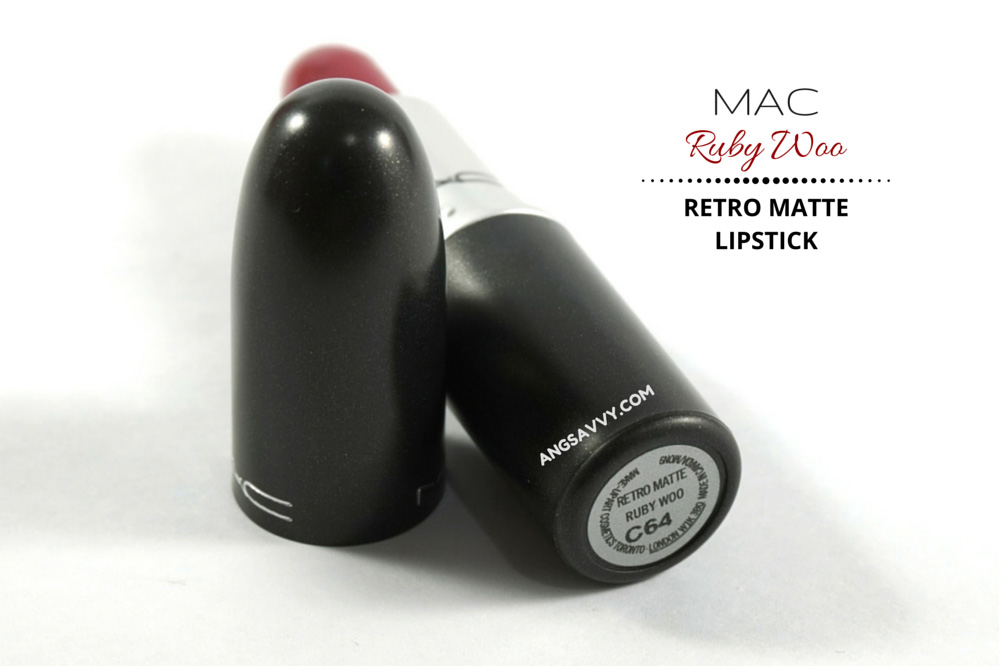 I also make sure to exfoliate my lips really well and apply a moisturizing lip balm before even applying MAC Ruby Woo. Even though it doesn’t accentuate chapped lips that much, it’s still much better to have a smoother texture to apply it on. It doesn’t settle into the lip lines nor does it feather or bleed. It wouldn’t hurt to use a matching lip liner like Ruby Woo Lip Pencil because it would also help the lip color to last longer.

For those with extremely dry lips, it would be recommended to apply a hydrating lip balm first before applying this super matte lipstick. On my lips, I am proud and happy to say that it’s not really drying. But that’s because I moisturize my lips first and also apply my favorite lip primer, MAC Prep+Prime Lip. However, if I apply it without a lip balm nor a lip primer, it tends to be drying around the 5th hour I have it on. Still very remarkable for a retro matte formula, if you ask me. 😉

It also feels light on my lips and doesn’t feel too dry. Ruby Woo has enough blue in it which makes my teeth appear whiter. It has almost the same longevity as Russian Red on me. But this one lasts a bit longer. Worn alone, it lasts around 6 to 7 hours. Using a lip liner and primer underneath it, I get an additional wear time of around 2 hours.

This MAC Retro Matte lipstick also leaves a stain and is able to stay put even after eating and drinking. Although with greasy foods, it tends to fade a bit. But still not too much that I can get away with not having to reapply it. 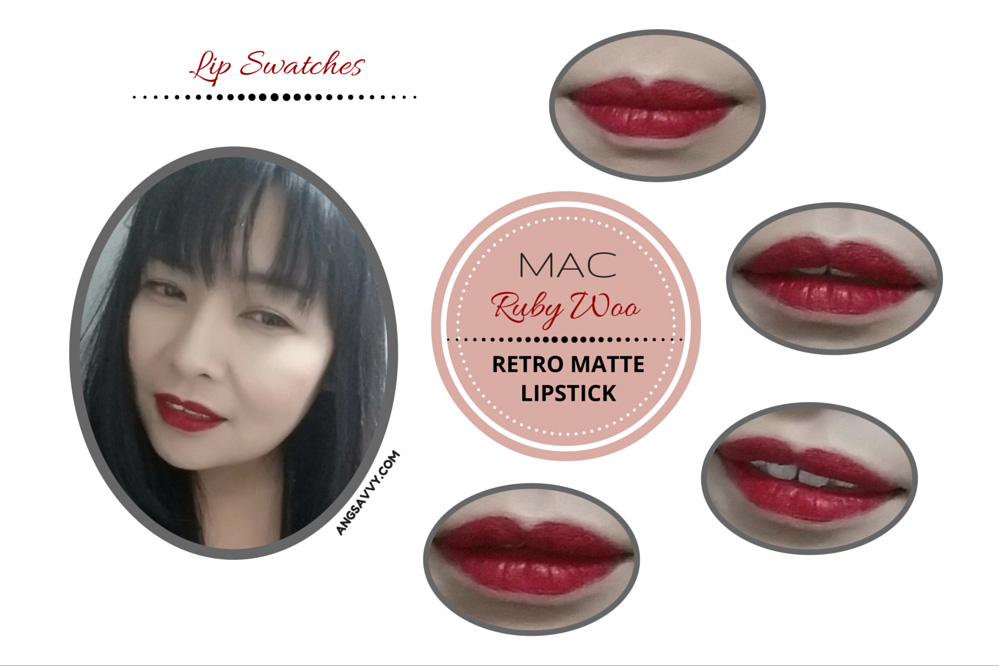 On my lips, Ruby Woo is a slightly bright, classic red. It isn’t too cool-toned nor too warm-toned. It just plays around the level of neutral red. I love wearing it over my entire lips. Matched with full-on eye makeup, it makes for a great Pin Up look.

I don’t think that there is anything to dislike about this classic red MAC lipstick. Well yeah, it’s a tad drying, but not overly so that it couldn’t be remedied. Its dry matte formula also causes it to tug on the lips a bit, but I also found a solution for that. The color is really beautiful, so it’s now one of my favorite red lipsticks. 🙂

There’s also a matching MAC Ruby Woo Lipglass, but I didn’t bother getting it because I love how matte the lipstick alone looks on my lips.

In the battle of MAC Ruby Woo vs MAC Russian Red, Ruby Woo is the winner for me. Even though it is of Retro Matte formula, the beautiful shade won me over. Although the formula of Russian Red is much better, I just love how Ruby Woo looks gorgeous on my lips. 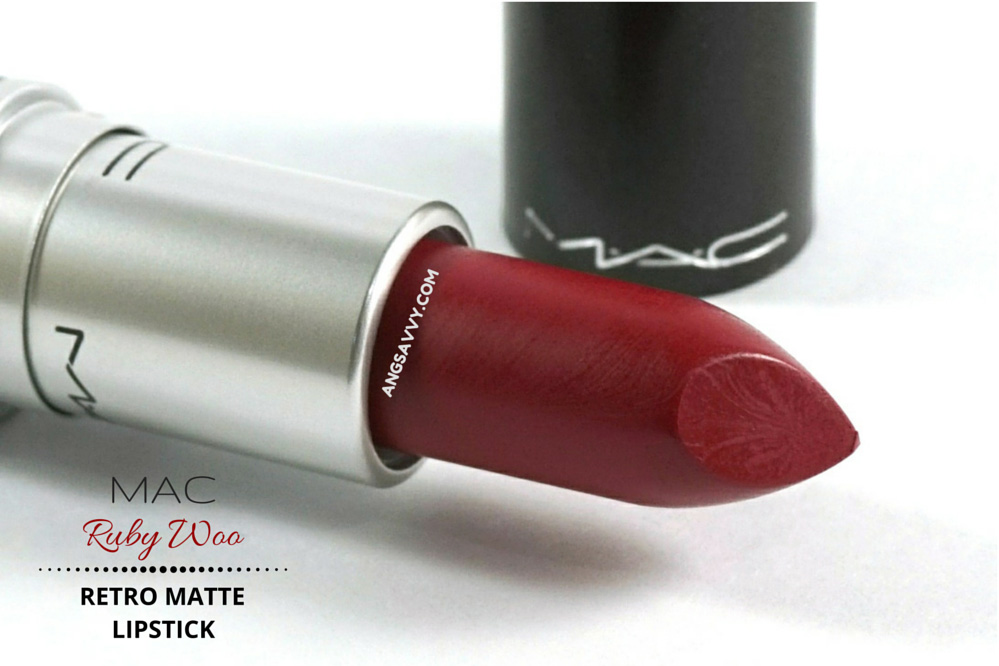 It’s another classic red lipstick that every woman should have on her makeup collection. As with Russian Red, it’s also a universally-flattering red shade that will go with any color, skin tone and undertone. 😉

Have you tried MAC Ruby Woo lipstick? Do you also love how beautiful it looks on your lips? Is it also one of your best red lipsticks?