By Alyssa Melanie on July 22, 2015 Deals
This post may contain affiliate links for which I may receive some commission. This does not change the price of the product. 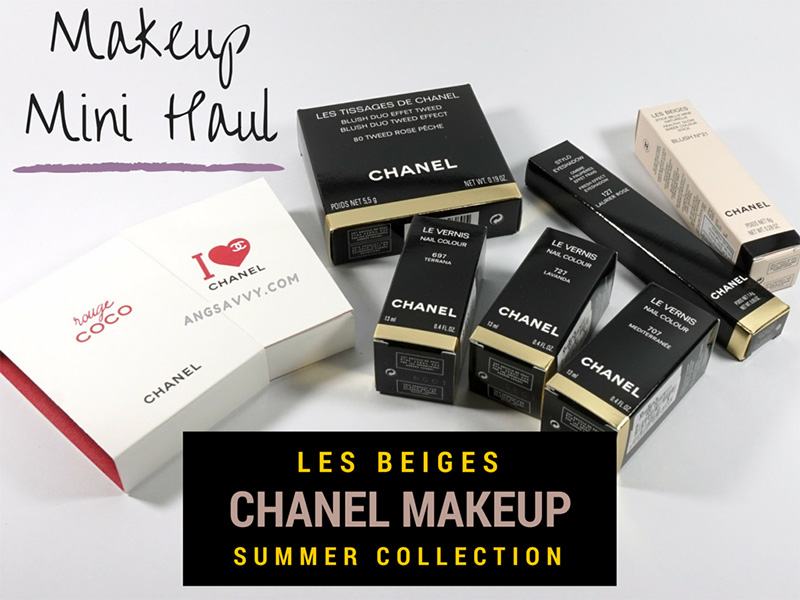 Summer is so over in this part of the world, yet it was only last month when the Chanel Summer 2015 Collection Mediterranee and Chanel Les Beiges 2015 Collection finally made it to Manila.

But however late this is, I still want to share this makeup haul with you. Even though it’s not a ShopaHAULic Saturday. Just think Wednesday Whims. 😀

I was supposed to share this a few weeks ago, it’s just that I never got the chance to squeeze it in my schedule. This is just a mini makeup haul, but a really great one nonetheless. Especially since I got an awesome freebie with my purchase. 😉 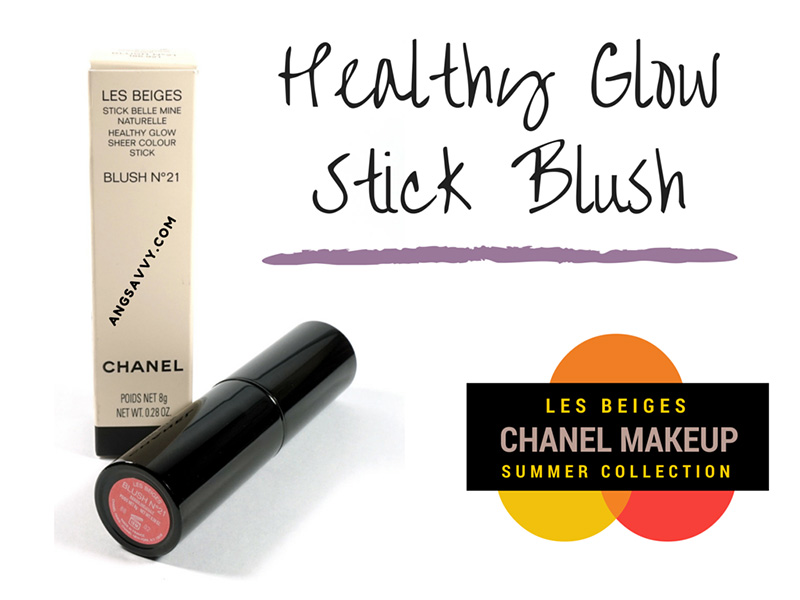 The best item I bought from the Chanel Les Beiges 2015 Collection is the Healthy Glow Sheer Colour Stick Blush. I was supposed to buy Les Beiges Mariniere as well, but ended up not getting it. You’ll find out below why I decided not to buy it. 🙂

Anyway, this new Les Beiges stick blush has a creamy formula which blends seamlessly with the skin. The shade that I purchased is No 21 which gives the cheeks a lovely sheer pink color.

I also bought Healthy Glow Hydrating Lip Balm, but I forgot to include it when my husband took these photos. I guess I forgot about it because I kind of regret purchasing it in the first place. Lol! 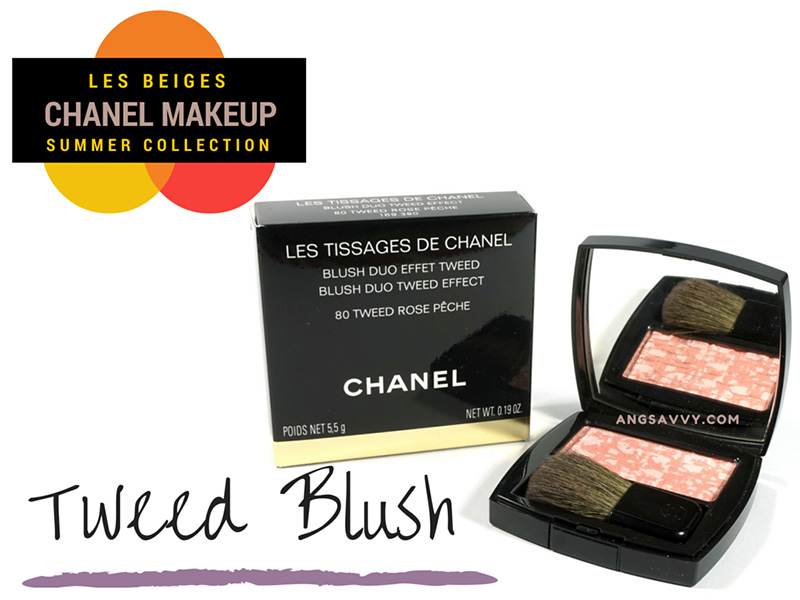 Les Tissages de Chanel Tweed Rose Peche seems to be an Asia-exclusive release because I couldn’t find it in the US websites. It is so beautiful, that I lost interest in Les Beiges Mariniere No 01. I don’t regret buying this instead, because it’s indeed very lovely on the cheeks.

It’s not really noticeable in the above photo, but the glittery sparkles are almost gone because I’ve been using it for quite some time now. They seem to just be an overspray, so for those who don’t like sparkly blushes, then you would be glad to know this. Well, that is, if you could get your hands on one. I really hate area-exclusive or store-exclusive things like this. I mean, don’t they get it? We makeup addicts want to get our hands on all makeup products that appeal to us! 😀 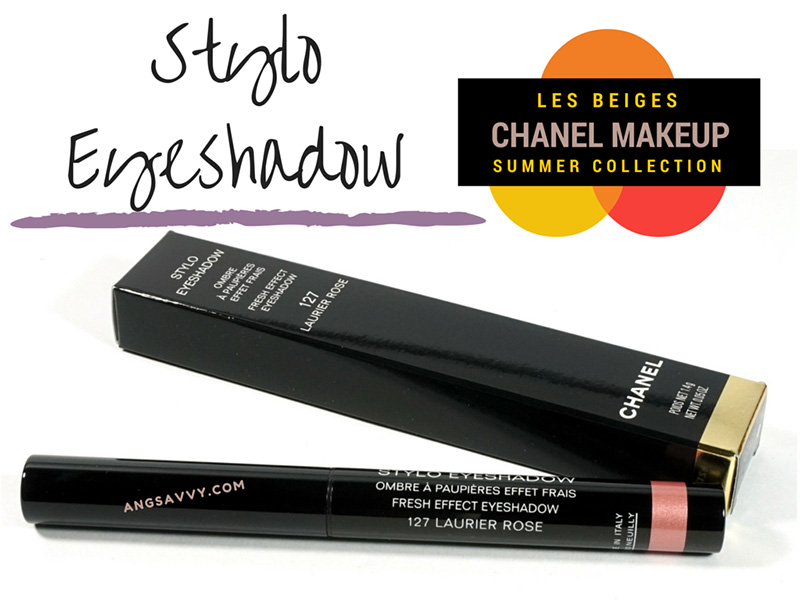 I just love Chanel Stylo Eyeshadow Fresh Effect cream eyeshadows. They’re so easy to use because of the stick form, plus the lightweight formula glides on effortlessly across the lids.

Laurier Rose is the only one I bought out of the five Stylo Eyeshadows released in the Chanel Summer 2015 Collection.

I wanted to get all of the shades, but after swatching them on my arm, I fell in love with Laurier Rose. I felt that if I bought all of the colors, they will just go to waste because this is the only shade I believe I’ll be using from the lot. 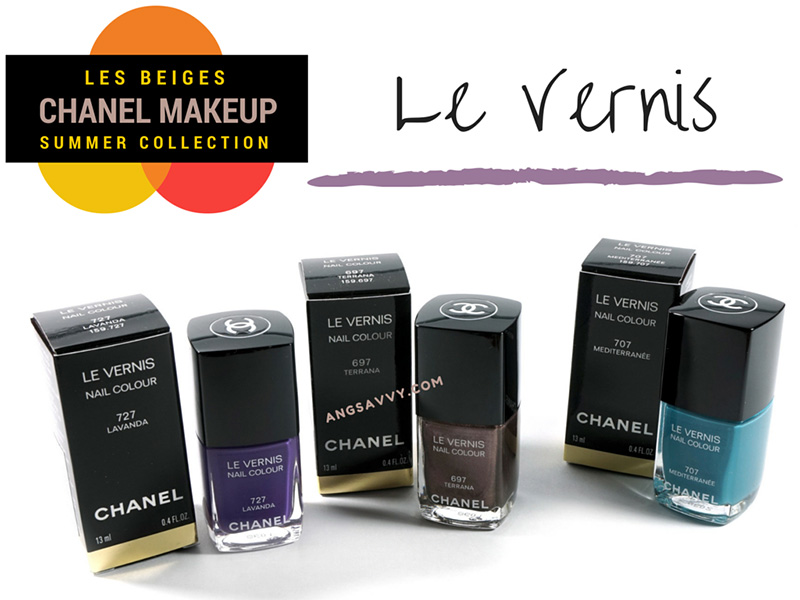 Out of the four Le Vernis released in the Chanel Summer 2015 Makeup Collection Mediterranee, I bought all except the red one, Coquelicot. I still have too much red nail polishes in my stash, and I couldn’t allow myself to add yet another red.

The three colors that I did buy, Lavanda, Terrana and Mediterranee, are a welcome addition to my collection. They are all so pretty, not just in the bottle, but on the nails as well. Which is what we all want, right? I have bought nail polishes in the past without testing them, but just basing my decision on how they looked in the bottle. More often than not, I regret the purchase right after trying them on at home.

While Terrana is not as unique (it looked like a darker version of Chanel Quartz), Lavanda and Mediterranee are. At least, in my own collection.

I have used all three nail colors and even though I have a thing or two to say about some of them, I still like them enough not to throw them out the window. You’ll find out in my detailed review what my thoughts on them are. 🙂 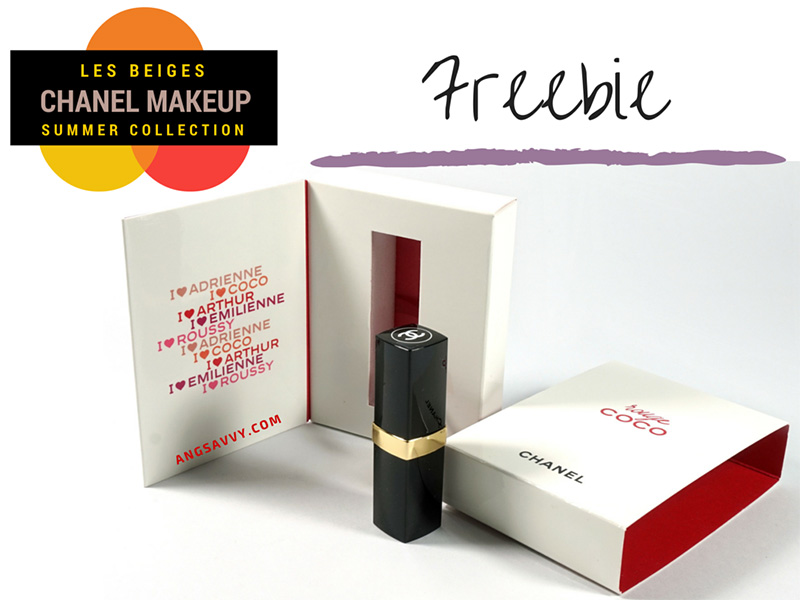 This is so far the best freebie from Chanel that I’ve received this year. Although I already have Chanel Arthur Rouge Coco, this deluxe sample size is just so cute.

It’s great for touch ups on a night out when you’re bringing just a tiny and slim purse and your husband or boyfriend doesn’t want to carry your lipstick in his pocket. 😀 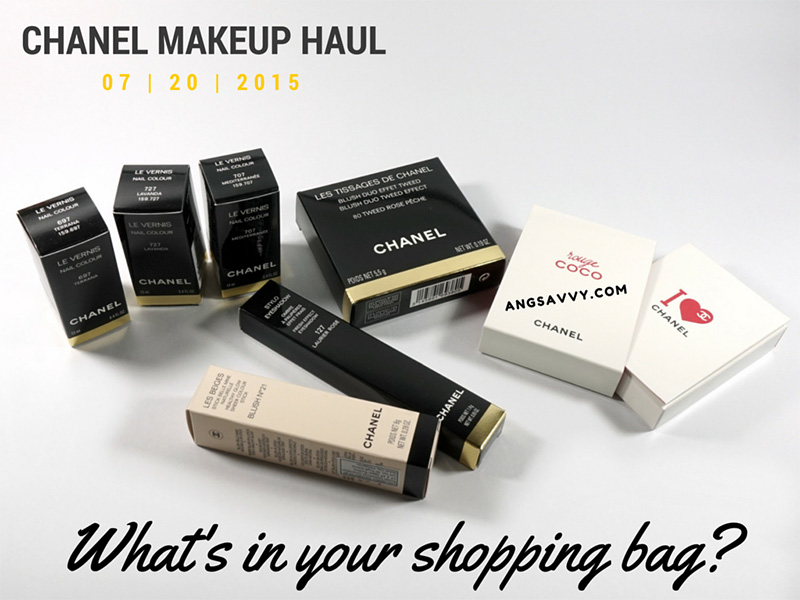 If you want to see the rest of the items in this collection (as well as Les Beiges collection), you may click the links below:

It’s only the middle of the week, but you know how it is with us makeup addicts and shopaholics. Everyday is a good day for shopping! What are you waiting for? Go forth and shop ’til you drop! 😉